Ever since I began my professional career, I’ve been a fan and heavy user of the “vi” editor.  I could always count on my editor to be available on every Unix system I used, and I never needed much time to update my personal configuration as I moved from system to system.

Years ago, almost every one of my coworkers became obsessed with the Emacs editor (mostly GNU Emacs).  At times, I seriously questioned just how much time people were investing into their Emacs Lisp libraries.  I was just the odd duck and never one to follow the crowd.  I was happy with my multi-modal editor which seemed to perplex many new users but that somehow I found relatively minimalist.

As time went on, most vi editors have been replaced with  Vim (“Vi IMproved”).  I always stuck with the basic editor workflow and never dug much deeper.  As Vim became more popular, it became available on almost every operating system you could think of and a “Vim mode” even began to become a common feature on many Integrated Development Environments (IDEs). 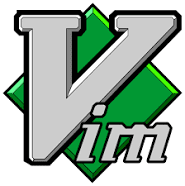 With more time on my hands, and more mileage on my hands as well, I’ve decided to improve my mastery of Vim.  Clearly, I’ve only scratched the surface of Vim’s commands and features, and my workflow could use some optimization.  Hopefully, I can make some meaningful improvements to my software development process and reduce the amount of typing needed to accomplish the same tasks. This will be fun!