I am now the proud owner of a white Nexus 4 cell phone.  Yes, I broke down and joined the 21st century and the ranks of the mindless always connected collective. With corporations embracing mobile apps and the cloud, I found I finally needed a smartphone. While I love to play with gadgets, let’s just say I’m thrifty when it comes to my own “toys”.  I also tend to avoid long-term commitments like cell phone contracts. So this is tool for work and efficiency, not a toy.  Rationalization complete! Now I can play without guilt. 😉 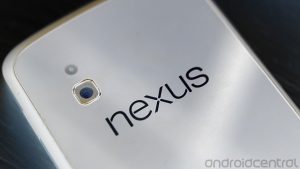 First order of business was protecting my investment. Google provided a free white bumper which I used for a couple days but it didn’t provide much protection. What I finally settled on was the Poetic Leather Wallet Case. Ignore the “wallet” features and this is a great case.  Good protection but without adding much bulk. 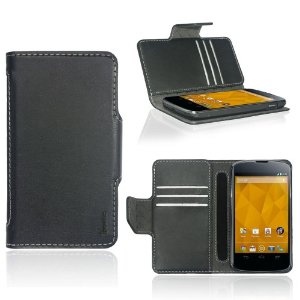 My main worry was whether I could use the Nexus 4 wireless charger.  Out of the case, the charger holds the phone firmly.  In the case, the Nexus 4 is only weakly held in place by the magnets but thankfully it does hold and chargers the phone. Wireless charging is a nice feature I could easily live without but face it, it’s cool. The charger holds the phone at a useable angle and time will tell how will it works as a base for say an alarm clock, music controller, etc.