Last May, some engineers in the UK started showing off an insanely small $25 whole computer on a tiny circuit board – not much more than an ARM processor, a USB port, and an HDMI connection. Plug in a keyboard and connect a TV and your you’re ready to go. Even better, the group is all volunteer and their main mission is to create this inexpensive computer for school children. And I ask you, who are bigger children than us hackers?? 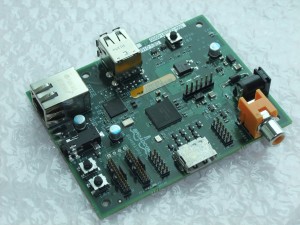 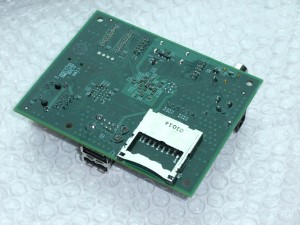 Last May, the prototype Raspberry Pi board was about the size of a USB thumb drive with a goal price (assembled board only) of $25. A few months later and there are now two versions with far more features but barely a change in price. The Raspberry Pi now has 10/100 ethernet, and analog audio and video while keeping the HDMI, USB, and SD card support from the original prototype.When I first heard of the Rasberry Pi board, I though to myself, “They’ll never actually build it!” But since I once doubted a young man named Linus, I decided to ignore common sense and just to hope.

The first product is about the size of a credit card, and is designed to plug into a TV or be combined with a touch screen for a low cost tablet. The expected price is $25 for the Model A and a mere $10 more for the Model B. The basic specs follow:

The plan is to ship the boards at the end of November.  I’ll be anxiously waiting till then … not that I have any projects in mind yet … but I’ll spend my time thinking up ideas.  I better buy 2-3 just to be safe!